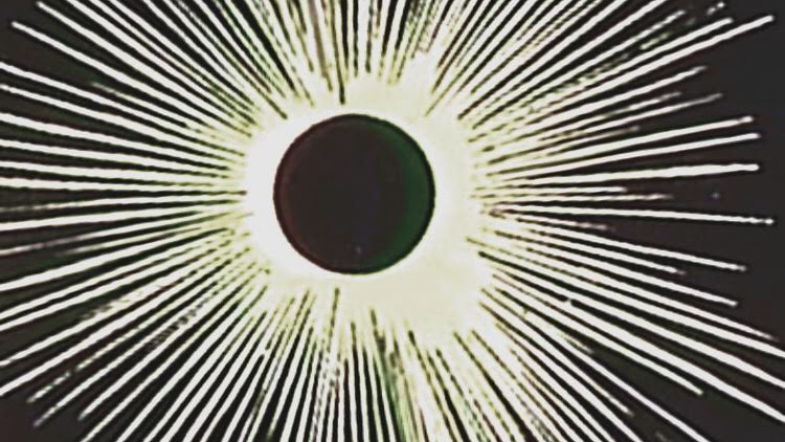 Hi all! A little later with this one, but we are back with our weekly report from the (ex-)Stones Throw Beat Battles. Beat battle winner élan vital join us for a few words about his winning track. Since the closure of the Stones Throw message board, the beat battles have found a new home at stbbforever.com. Feel free to join!

Can you shortly introduce yourself for our readers?

élan vital: Hey, I’m élan vital. Been making beats for the Stones Throw Beat Battles for nearly 2 years now, on and off. I’m based in Manchester, UK.

Where does the name Elan Vital come from?

élan vital: I came across it when I was at uni. It’s a term first introduced by the philosopher Henri Bergson, in the early 20th century and roughly translates as life force. It feeds into ideas about consciousness and time – concepts that interested me then and continue to do so I guess.

élan vital: Youtube son! Well that and a lot of trial and error. I’ve been playing instruments for as long as I can remember. I started with piano as a child and did the whole classical thing. Then moved on to guitar and have picked up various things since then along the way which I play enthusiastically but with varying degrees of competence. I guess I started properly messing with beats about 4 years ago. I used Renoise at first to make unsatisfying jungle tunes. But soon I felt limited by the software so I bought Ableton, which is so much easier to use in comparison. Perhaps too easy… with Renoise I had to build a macro in order to create side chain compression. If you want to do that in Ableton you just flick a switch. There’s something about putting in the hours in to build something quite simple that I perversely miss…

élan vital: For this I used a Yamaha Portasound that I borrowed which was bought for £1 (more of which below). That was responsible for all the keys/synth sounds. I used one of the free TAL synths for the bass line. The rest was sequenced, mixed and mastered in Ableton.

élan vital: The last beat I had done had a bass heavy junglist vibe to it (jungle again!), so I knew before I started that I wanted to do something quite different. I was looking to do something organic, slightly more gentle, with maybe some foley involved.

With that in mind, I started going through the six samples provided to see what would fit. The first one I came across was the one used for the intro. I chopped it up, added a chopped break and left it. That all happened really quickly. I then kept looking and found the synth sample which spoke to me much more – and fed in to where I wanted to go with my track.

élan vital: I made several chops of the synth sample, but ultimately just made an 8-bar loop using the last two chords of the sample. I set the tempo in Ableton to something that would get my head nodding, and chopped the sample up. Reversed it, added some flanger, then played around with the fades to make it sound like a synth with a slow attack time. I then automated a filter for it, which is a bit more pronounced in the when the keys come in.

The next day I jammed that looped sample with my friend Liam, who’s a drummer and is helping me play some of my beats live. We were both really feeling it. I jammed some bass over it, then used the Yamaha Portasound which was lying around in the rehearsal room to jam some keys. I recorded what I was doing on my phone so I could go back home and add the parts.

élan vital: I took the breaks I’d used in the intro and chopped them further to fit the looped sample. Processed those, and then put them real low in the mix. Then I jammed some beats over it using the keys on my laptop. The sounds are all one shots ripped from vinyl that I’ve saved in a folder. I think there’s a high rim shot, a low rim, and several claps all layered. Two hi hats – one’s a 909 and the other’s chopped from a break. At first I used a pitched tom for the kick, but then switched it out once the bassline was in as they didn’t meld together so well.

élan vital: I had a lot of fun with this one from start to finish (not always the case!). Mastering caused a few headaches and always takes time with me (maybe too much time).

élan vital: Once I had the arrangement down I knew that I needed some kind of vocals on it. The track had a real nostalgic vibe to it, so I spent quite a while on Youtube trying to find something that would fit. Eventually I found a video from the late seventies/early eighties of some kids playing jacks. I ripped the audio and dropped it onto the track. Once I found the phrase ‘we got the jacks back’, it was a eureka moment. I kinda hastily rearranged the track a little after that and added a few more vocal cuts to create a story. It’s not the first time I’ve used kids’ voices on a track (check out tic tac toe on my soundcloud), but it still felt like a risk. I try quite hard to bring storytelling and atmospheric vibes to my tracks, so I’m really glad people have been picking up on these aspects.

élan vital: I’m working on a few things…one of which is a live show with Liam on drums. We play in Manchester the Songs for Walter Christmas Party at the Peer Hat on December 5th.

Thanks for taking the time for this interview with us! Good luck with the next battle!