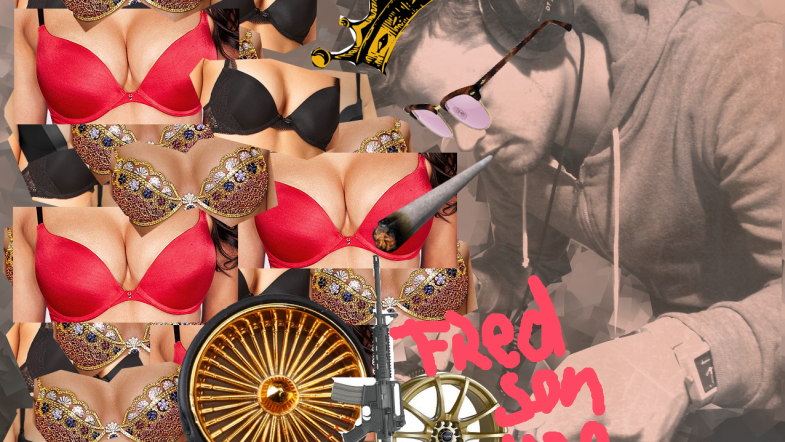 Hi everybody! It’s been a while, but we’re happy to announce that we are back with our weekly report from the Stones Throw Beat Battles. This week, winner Fredson Jacobs (who we’ve interviewed in the past), shares a few words about his winning track.

You’ve been featured on the website before. Last time we did an interview (about 4 years ago), you had just been accepted into the Danish Music academy. How has that worked out for you? What have you been up to lately?

Fredson Jacobs: It’s been cool but it can also be a bit hard to think music 24/7. The more you know about music the more critical you become and it is less frequent that you feel delighted over a piece of music. I guess thats how it is with most things – the more you learn, the more it takes to blow you away and you have to work harder to get the same feeling.

Fredson Jacobs: I often start by listening to the samples and get ideas from them, but this time i wanted to cut the samples up before listening, hoping to get a different result or maybe a more surprising result.

I put both samples in a simpler and made som autoslices before playing around with the samples on my midi keyboard over some simple drums.

Fredson Jacobs: I used the bach sample for the main part and then for the breakdown i used the skylab sample. adjusted the two samples so they played in the same pitch, so the transition between them would seem more natural.

Fredson Jacobs: Layered the kick and snare to give alot of punch. Wanted som pretty minimalistic drums with not alot going on, because there is already a percussive element in the beat with the Arpeggiator sample from Bach.

Fredson Jacobs: The title means vomit in danish… i guess thats some kind of bonusinfo 🙂

My most recent release is actually music for cats that i made for my Bachelors degree at the music academy. There will be an app released with this music at some point. Cats say that it is legendary music, so you could say that i am the Justin Bieber of cat music.
I am also planning on making music for humans again and working on a release with a new label in 2019.

Thanks for taking the time for this interview, Jacob! Have fun picking the sample and coming up with the new rules!