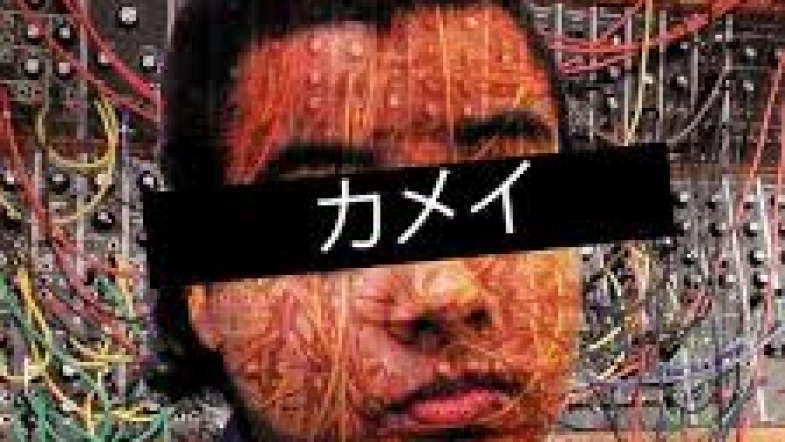 Hi Yall. A rectification concerning week 440 at the Stones Throw Beat Battles, legitimate winner Kamei speaks on the controversy and of course about his winning track.

I would like to continue off last week’s theme. One again there will be no quantization allowed. This time around I am banning the use of the grid, you must play everything live in your own natural rhythm. Also, you may not use a click to help you keep time. For those of you who draw, you may draw but without the grid.

If done properly your beat should have that human quality to it.it should breathe a bit. If placed on a grid, it should expand and contract slightly here and there. None of us have perfect time, use it to your advantage.

One method of getting around the grid is to record yourself beat boxing for a couple of minutes, and using that as your map.

You must use the sample provided, and it must play a noticeable role in your music.

I’ve only provided one sample, and it’s an acapella. Chop it up and do what you want with it. It provides much freedom for your instrumentation.

(lately I’ve been sampling a lot of ASMR videos for textures. If you’ve never checked those out I recommend doing so on YouTube.

• One beat per person

• Outside drums and bass are allowed

• Outside Keys and Synths are allowed

• Outside samples are allowed

I’m Kamei, which is my artist name but also my last name since I am half japanese, half brazilian. I do all sorts of stuff like hip hop beats, raps, djing, house music, and I live in a small city in the middle of nowhere, in Brazil.

I used to do french/chicago influenced house music (still do but now I’m also rapping over it occasionally), then I got into all sorts of electronic music, including hip hop, now I am rapping over it.

I’m part of the disco house music crew ‘Brazilian Disco Club’ and releasing some house music for a couple years a couple of labels, special mention to Stardust Records.

I’m currently starting another brazilian label and collective with a bunch of friends (special mention to the initial brain behind that, Ledhead) that is going to cover lots of glitchy, funky, weird electronic music, from some japanese influenced high tempo techno to some stoned lo-fi off tempo hip hop, from new disco to anything really. My debut mixtape is coming soon on it and it’s named The Realization.

I’ve been making this tape since I started rapping but as I’m still developing myself, I feel like I’m way better rapper now then “at that time when I recorded that track for the tape” , and because of that, I create another one and replace it and then it gets into an infinite loop of making better tracks then the ones I did. But I’m sure it’s almost done. I guess.

Kamei: I used basically Logic Pro with a random soul sample (that was from another thread on the stones throw message board, a thread where they ripped lots of soul music, numbered them and it was available for download), the “underwater r&b” acapella that was provided by KVH, and kick, snare….. (I don’t remember if I used more than kick and snare but I don’t think so).

What was your idea for this track? (especially with that no grid rule)

Kamei: Firstly removed the grid from logic. Tried to chop the soul sample by clicking “split by playhead” while it was playing so it chops on that specific place. then I tried to rearrange the kick and snare gridless. Since the soul sample was kinda off tempo with the kick I added a side chain compressor to make it sound more fitting (over compress it to make the mistakes go away, then you rap over it, preventing people from noticing it = profit). Then looped.

Kamei: Since the sample was an acapella, I used as a hook for the whole track, but also as at some other parts like complementing my rap in some point and at the beginning and at the end as speeches intro and outro. I also used some weird pieces of it on the beat I think but it’s barely noticeable (or did I removed it and I can’t notice either? maybe I’m playing games with myself because I don’t really remember). I guess that’s it.

Do you play any instruments?

Kamei: I rap (started it not much time ago). I play keyboards (mainly synthesizers to be honest), I love drum machines and hardware sequencers….I’m a DJ (that’s always the wrong answer when people ask you about instruments but I really dj). I guess that’s it.

Sometimes I get my cheap acoustic guitar but I have no idea how to play it, it’s just for “sampling purposes” as much as some percussion I have here, asalato/kass kass, my harmonica, all sorts of stuff. But I don’t think that’s “playing an instrument”.

I got that acoustic guitar almost free from a guy that studied with me in high school. He used to drink diesel fuel to get high. I think that’s why it was so cheap.

Are there things you’d like to say about the whole goings on surrounding your belated win?

Kamei: I would like to say that I’m super glad about all that. I’m not originally the winner of 440’s battle, spellspellspell is (or was) but his entry was declared invalid since he admitted that he broke the rules. His beat was the most voted one, so you all should hear it because it’s better than mine in a general way.

This was discussed during last week’s voting, on 445’s battle voting thread. My entry was declared invalid because I did an over 10 minute beat (actually a beat tape, mixed) and the rules were “try to make it under 3 minutes”. MFakka explained to me that this is an standard rule that beats should be under 3 minutes but there is a tolerance rule to it, that’s why the word “try”. I misinterpreted and made a super long beat (or super short beat tape), called Gametape Micro (because of the Game Boy Micro).

I made it available for download on my bandcamp, to see if someone actually give me money (you can still download for free there) to buy new music stuff: Gametape Micro )
Bandcamp

And thanks everybody that discussed, thanks b-dog for remembering this 440’s issue, thanks joa for the interview, thanks mfakka for the samples, thanks kvh for the acapella sample, thanks spell for making a dope beat, thanks those who voted for me or liked my stuff, thank you reader, thanks everybody, love you all.

Aight, and thank you Kamei for sharing. The love is mutual

Check out Kameis music on Soundcloud