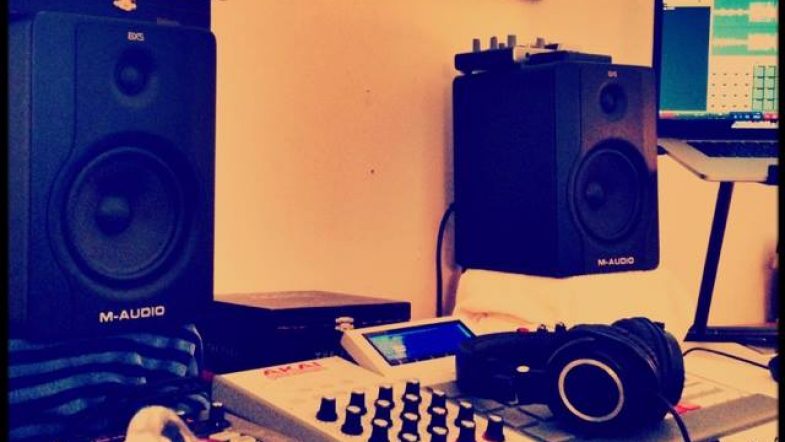 In my series “Spontaneous Grooves” I did a release every 4 weeks consisting of instrumentals that I made during the previous month. Each one of these beats was made in one sitting, without any sort of direction or theme in mind – truly spontaneous grooves. Having just completed the last episode of Season 2 I’m now able to tally the total running time of the series to 13 hours and 21 minutes, 321 tracks. With that said, I would never consider these episodes “albums” or developed projects, instead they form a project as a whole. Sometimes people will ask me how I was able to pump out so much music every 4 weeks for two whole years straight. The reality is… it’s really not that much music.

Any type of art requires practice, though it can come in different forms – when you’re practicing an instrument you learn scales, play by yourself and along with records, practice with bands, etc. When you’re studying painting at school you may practice various techniques and methods presented to you and develop a foundation before venturing into whatever style you prefer. Whatever it may be, practicing any art form involves not only studying it – but DOING it, and doing it a LOT. Beat making is obviously very musical but it’s more similar to painting in the sense that every time you finish “practicing” you have something in front of you that could quite potentially be a piece that you really dig and appreciate. When it comes down to it, regardless of labels like “practice” – when you’re passionate about what you do there’s no doubt that you will be doing it a lot. This is how “Spontaneous Grooves” was born.

Sitting down to make music is extremely therapeutic for me. If I go a week or so without making beats or at least working on some sort of art I start to feel off and disconnected. When you’re focused on your art that’s all that your brain has room for and everything else gets left behind effortlessly. The act of creating just to create, without expectations, breeds a natural spontaneity and results in art that represents you. Because of all this, the output people question in regards to Spontaneous Grooves is only natural – Practice, practice, practice… and passion! Most months I would often make double or triple the amount of tracks that actually appeared on an episode because I would be using beats for other projects, not liking what I was doing, etc.

Knowing when to stop and listen and when to “GO” is important for me too. This is one thing that was frustrating about committing to Spontaneous Grooves – at the same time the series taught me a lot about how to handle this and to have faith in the process. All artists know about the slump, “writers block”, simply lack of creativity. Whatever you want to call it we’ve all been there… The worst is when you don’t even like any of the stuff you’ve ever done (which is about as frustrating and discouraging as can be). Because of all this I renamed “writers block” to “recharge time” – a vacation from the routine, time to recharge, relax, gather inspiration, let the itch come back, and explore new music. With a bit of a mindset change I’ve been able to reduce stress during times when I’m simply just not feeling it. Next thing I know it’s a Sunday morning at 11:30am and I’ve already made 5 beats, after feeling like I couldn’t make anything solid for a week straight. Realizing this is all just part of the process is a big part of shaking off those discouraging feelings.

In the end, Spontaneous Grooves isn’t some crazy amount of music, it’s just me practicing and releasing a portion of what I come up with. Throughout my contributions here at Beatmakology I will elaborate more on these concepts and share my thoughts on workflow, creativity, and making art in general. This will be a journal of sorts and the topics will vary. I’m also always willing to take any questions at BeatsByEsK@gmail.com

Es-K (Essential Knowledge) is from Kansas City, Missouri and lives in Burlington, Vermont. He is currently working with various artists from all over the world, while finishing an LP featuring Chel Strong and completing his second full length instrumental album. Check out his recent release “Serenity” on Cold Busted Records featuring AG of DITC, General Steele, C-Rayz Walz, and more, now available on CD, vinyl, digital, and cassette. 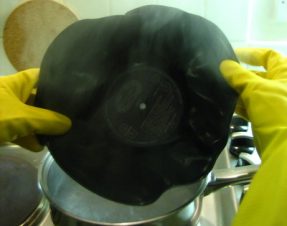 How to cook and steam samples in their own fat