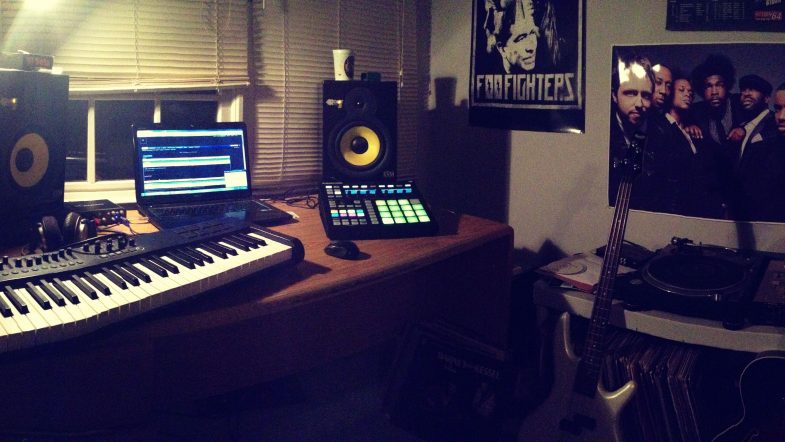 For the second time in a few weeks, we have Stones Throw Beat Battle winner Scottie Royal joining us to tell us more about his track!

Can you shortly (re)introduce yourself?

Scottie Royal: Greetings again from Scottie. The Royal is a little homage to my home city Charlotte, which is nicknamed the Queen City. Scott is my birth name.

Scottie Royal: I really liked the synth sample, so that is where I started. I chopped it up, added some effects with Guitar Rig 5 (I think just a tape echo, but there might have been some additional reverb too.) After chopping that part up, I found the key and then went on to add the chord progressions with the rhodes. There is a dry rhodes for the intro and verse, but the rhodes on the hook has a tape echo as well.

Scottie Royal: As I wrote in the previous answer, mostly just used the synth sample. I did also use some of the horn sample (some old delayerd horns ala Pete Rock.) I also used some brush and hihat parts from one of the samples.

Scottie Royal: Pretty much the way I always do it. Layered some kicks, layered some snares. I usually only layer 3 snares (and maybe a clap/snap on top) and 3 kicks. After that I feel like it’s a case of diminishing returns. Also used some of the brush and hihat sounds from the sample as well. No Quantization on the drums (at least for two bars, I didn’t play the drums in live for the whole beat).

Scottie Royal: Nothing too interesting I suppose. I did use rootless chords and some cool diminished chord voicings that I learned about online (dropping the roots and playing the 9th and 11th, and also flat 9th and 11th.).

Check out some of Scottie Royal’s projects, available for free on Bandcamp!