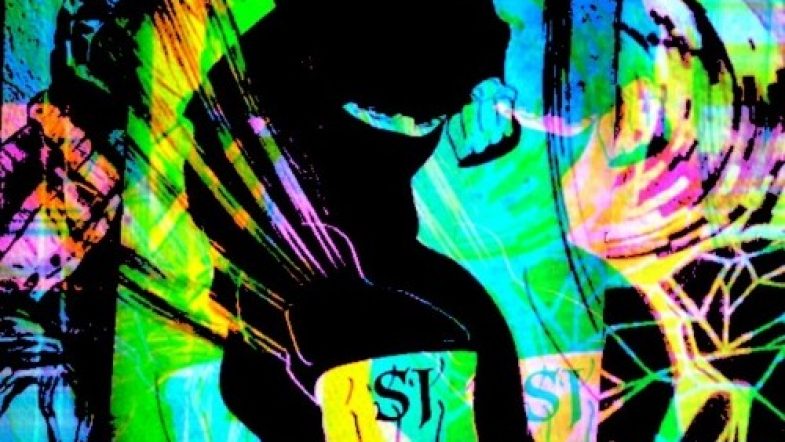 Hi everybody! We are back with our weekly report from the (ex-)Stones Throw Beat Battles. This week, beat battle winner SoulJutsu join us for a few words. Since the closure of the Stones Throw message board, the beat battles have found a new home at stbbforever.com. Feel free to join!

Interview with the battle winner, SoulJutsu

SoulJutsu: Hi, I’m SJ, from Derby in the east midlands of the UK.
When I’m not at work I like to ride my mountain bike. I play too many computer games for a man my age but I’m starting to justify that by claiming that many games are now art. 😁

Who inspires you in music… or inspiration?

SoulJutsu: Had a bit of a break from producing recently due to time constraints and just being tired and then not feeling in the right head space for it. Not the first time for me that I’ve felt like that. I’ve spent time thinking about it and getting excited about how I might come back differently.

The ideas in my head rarely seem to come off complete in the DAW but I get close sometimes. I think I have more will than skill if you catch my drift.

Inspired by almost everything honestly. I’m like a sponge sometimes and will bounce around different styles because of this. I admire lots of producers, too many to mention and I’d sound pretty cliche to be honest if I go into them. Variety is important to me though. I like to produce off of my moods or feelings and sometimes try to convey emotions in my music. Another reason why stylistically I’m all over the place. I like to think I somehow manage to pull it together just enough to have a recognisable sound these days but that was definitely shaped through STBB and weekly repetition of the process.

How did you get to making beats? First experiences?

SJ: My dad was in a band in the late 70’s through early 90’s as a drummer. Playing Funk and Reggae mostly. We had a fairly cheap drum machine and a keyboard and some bongos around the house growing up.

My first experience of production was cubase on an Atari ST I had swapped for a mega drive because it came with 100’s of cracked games. I didn’t get far with it. After that I played with making house music with music 2000 on PS1. Hip-Hop, and Jungle were my real musical loves at that time but limitations of the software and my skill were what got me into house. I found it easier to create through arrangement and the sample time on the playstation memory card was something like 4 seconds. No internet to learn any workarounds or budget for gear at that time. I was just realising how much I enjoyed making music.

Eventually bought a PC (that is no longer with us) and monitors that I still have although never use and carried on making house.

Eventually I got confident enough to try my hand at Hip-Hop production.

This was aided by beginning to dabble with midi controllers.

Couple of years after that I discovered STBB and it quickly felt like home for someone like me. Love to produce, not trying to make it. Just having some fun with likeminded good people and the odd troll.

How did the track come about?

I almost always start by chopping up a break or two and making a drum loop. Warms me up and gets me in a groove. For this track I used Monk Higgins “one man band plays all alone” for the kick, one of the snares the closed and open hat then played them to the metronome. I’ll often play busy patterns and then take things away until I’m happy.

Once I have the basis of the drums down I start working on the sample. I struggled a bit with this sample because it was so open with long sustained notes meant that there was work to be done to add any type of melody. Eventually I went with the sample which I can’t pronounce and stretched it using simpler in a drum rack. I then took a few long chops that I liked and played around with how they might fit. I ended up with two separate 8 bar loops in the session view of Live that I liked. Once I had that I started with the synths. All stock
Live synths. I played a bunch of patterns that sort of worked
together and then worked backwards to deconstruct them in the arrangement. Spacing them out and keeping it from being too busy sounding.

I worked a bit on my mix, I always work only in headphones so never really know if I pulled it off or not. I work in mono until I’m almost done and that has helped me improve in that area a little. I’m rough round the edges and am happy enough with that. Some of the mixes on here blow me away though. I figure I can always go back and mix them properly but the reality is that once I bounce them I rarely look back.

On the whole I was quite pleased with how it turned out. I’m a fan of a lot of Burial’s music and while this isn’t a lot like that I think in hindsight I might never of made anything quite like this if I’d not listened to his stuff before. I’ve had a Radiohead electronic remix album from 2011 on a bit recently too so got a bit more experimental than usual.

Ok, thanks for reading if you made it this far through my BS.
Many more thanks to all that keep this place poppin off every week and give us a place to showcase our creations.

STBB is still the best.

Well that leaves little more to ask..
Insightfull..learned some more things about you again after what is it, five years of STBBs?

Check out SoulJutsu’s music on SoundCloud