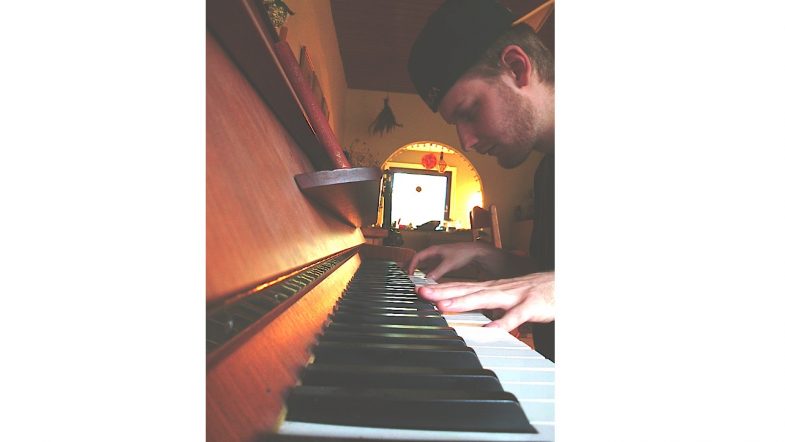 Hiya BeatBakers and Home cooked music diners. Back again with a timely interview and factfinding mission at the Stones Throw Beat Battles, with battle winner Julian Convex in line to answer some questions on his winning track.

Rules:
Zelda Week
1. no time limit
2. outside drums Allowed
3. bass, keys/synths other instruments Allowed
4. fx/vocal shots Allowed
5. cuts/scratches Allowed
6. No full Acapella, don’t worry Joa, rap is Allowed!
ALSO:
7. Use at least 1 sound from The Legend of Zelda Sounds – sound pack I uploaded.
Theres just a few (110…) of zelda sounds I picked for you to get started//

Yoww Julian, Congrats on yet another win! …second or third?… I’m losing track!

Julian: It’s the third, thanks!

I’m curious, how did you come by the name Convex?…

Julian: (Barry) Convex is the name of a character in one of my favorite movies “Videodrome”. I combined it with my real first name and… BOOOOM!

You have some nice skills on the keys!.. did you take lessons?

Julian: No. I was growing up by my mother. She had a piano since I was a little child, so I had the possibility to play around every time I wanted. Years later I was reading some stuff about music theory. This was very helpful for my non-sample based beats in HipHop and other genres.

Sweet! What other types of music do you make* and how long have you been making music?

Julian: See Below* .. For about ten years

Julian: The idea was to catch the vibe of the old NES and Gameboy era and bring it into a funky context. So I used only the digital parts in the sample.

How did you make use of those samples?

Julian: The bass, chords and lead comes completely from the short part at 6:06 that I have looped. I pimped the bassline with an additional sinustone which comes from an internal synth. For the chords I used the “spread” function in Abletons “Simpler” (it’s like a chorus), hard panned microdelays and compression on the side signal to get that open/wide sound. On the lead, I played a lil bit with some lfo on the pitch to make it funky 😀
For the chorus/refrain I used the sequence at 3:16, edited it, and pitched it up 2 semitones so it fits together with the chords.
Then I routed it all into a subgroup. There we find EQs and some compressors for the glue + ducking effect when the kick or snare is hitting.

Julian: The kick consists two samples: One kick that has a boomy, dancy sound, 909 like, the other one that has more dirt in it. Next step is parallel compression, EQing and saturating. The snare comes from a classic drumbreak layered with two clap samples. The fx chain is similar to the chain for the kick. Then we have hihats and tambourines with a little reverb on it.
The groove is very simple. Snare hits a bit before the 2nd and 4th bar, kick hits straight on 1 & 3 and the percussion is playing laidback. Classic Dilla school 🙂

Is there something you really want us to know?

Julian: Hmm, think there are no crazy behind the scene facts. Sorry.

Yeah, you pretty much laid it all out for us :).. How are you experiencing battling on STBB?

Julian: Love it. Not to big, not to small. It’s a really nice community, very friendly and respectful.

Anything else you wanna add?

Julian: Oh, thats the part to make promotion for myself, right? 😀

Not necessarily but don’t be bashfull

Julian: Hmmm. I have nothing at the moment, so let me make promo for my favorite crew Hiob & Morlockk Dilemma. Check out their latest longplayer “Kapitalismus Jetzt”. Best release in german rap history!

Julian: Could be worse, but the Coconut King is mad about it. So I drink it only to celebrate a STBB win. The King commands me 😀

Hehehe, yes he’s one hell of a character!

Well, thanks thanks for talking with me Julian. And thank the Coconut King for me too when you see him 😉

Other STBB#435 beats worth checking out: