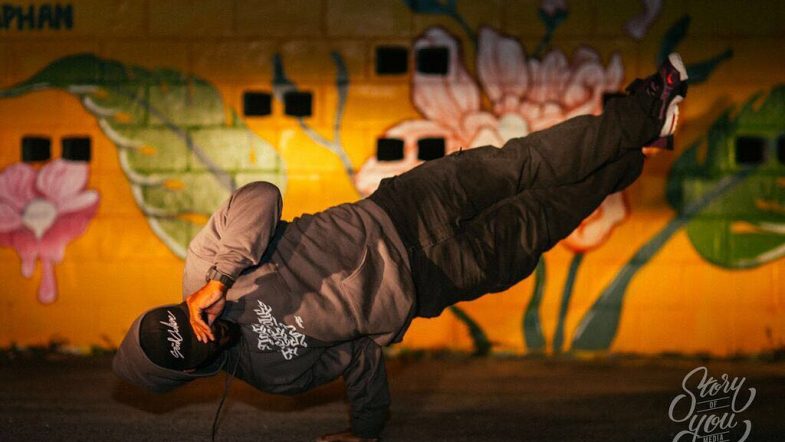 Hi everybody! We are back with our weekly report from the (ex-)Stones Throw Beat Battles. This week, beat battle winner Swoop Man join us for a few words. Since the closure of the Stones Throw message board, the beat battles have found a new home at stbbforever.com. Feel free to join!

Swoop Man: Greetings. My names is James also know as Swoop-Man in the music realm.

I’m currently based in Orlando, Florida. Swoop-Man originated as a random persona conjured up in the beginning of my music career.

The name represents the action I try to accomplish with my music, which is to “Swoop” the listeners consciousness up to a higher frequency level or dimension.

I was first introduced to the notion of making beats by a cat named RayGunz in 2015. He had an app on his phone called Caustic in which I later downloaded and experimented with. That led into later getting Ableton Live, buying an audio interface as well as studio monitors and the rest is history. I’ve been making beats since 2015 and I currently play no instruments… wait, can the Ableton push be classified as an instrument?

Swoop Man: I exclusively use Ableton Live for all of my beatmaking projects. I’ve tried getting into other DAWS just to change things up a bit but I keep coming back to Ableton. It’s tailored best for my creative speed, plus I invested a lot of time into learning the software. The only VST’s assisting this challenge was Xpand2.

Swoop Man: I start with pitching the sample to find the vibe. I then begin to chop and choose certain parts of the sample that catch my ear rhythmically. I play everything out using Ableton Push to capture my essence and swing to the track. I add reverb to fill space and automate to take the sound into the third dimension. This process can stack up to three times before the sound is in it’s final form.

How did you flip/make use of the sample?

Swoop Man: I choose the most rhythmically pleasing parts to my ear and compose them in a loose organic way. Rinse and repeat a couple of times and voila’, we have a track.

Swoop Man: Sometimes I will find a drum loop so I can start composing right away. Later in the process I will remove the drum loop and play a drum pattern with samples on the Push. Maybe I will keep the high end frequency of the drum loop and mix it in with my Push playing. I almost always play my drums out on the Ableton Push. I believe this is the process I used on this challenge.

All the time. Difficulties in beatmaking for me at least lead to new methods and ideas. Flow like water and swim with the current is what I say in regards to this subject.

Swoop Man: Every track I produce is an experiment or concept developed or tinkered with. This is just an everyday thing for me. Nothing too interesting I would say. 🙂

Be on the lookout for some more upbeat stuff. Time to raise those vibrations. Peace, Love and Unity…

Thanks for this opportunity!

Thanks for taking the time for this interview with us, Swoop! We wish you the best of luck with your projects. Good luck with next battle – and hopefully – speak soon!